The universal Christian doctrine that will be visually presented through written Bible scriptures and three dimensional sculptures in the Gardens expresses the Gospel of Jesus Christ, which is what we, the Board of Trustees of The Coming King Foundation believe:

We believe God is one, maker of the universe and all things.

We believe His personality is expressed in three persons, the Father, Son and Holy Spirit.

We believe the Father is Jehovah God, Jesus Christ is God, and the Holy Spirit is God.

We believe this divine Trinity has always existed, before anything was created.

We believe the Bible is the inspired Word of God, that is spiritually, historically and scientifically true, given once and for all times to all peoples.

We believe Jesus Christ is “Yeshua”, the Messiah of the Jews, the “anointed one” predicted in ancient prophecies, hundreds of years before His birth, sent by God the Father, to save His people from their sins.

We believe Jesus is the true “Sacrificial Lamb” given by God to pay for the sins of the world, for all people, for all time.

We believe 2,000 years ago Jesus Christ was born in Bethlehem to a young Jewish virgin girl named Mary, conceived by the Holy Spirit of God.

We believe Jesus lived a sinless life as a real person in Israel, and during His three-year earthly ministry, worked many genuine miracles witnessed by thousands, after being empowered by the Holy Spirit, using spiritual “Gifts”, which were given to Him without measure.

We believe after fulfilling all scriptural predictions, having done all the Father had required, Jesus freely gave Himself up to be crucified for the sins of the world, past, present and future.

We believe after dying a horrible death and not using any of His supernatural power to escape this fate, He died exactly how, when, where, and for the reasons the ancient scriptures predicted, at the hands of the Roman army and Jewish religious leaders of that time.

We believe the divine blood Jesus, shed during His scourging and crucifixion, made it possible for anyone to be “saved” from their own sins, if they will “believe” in Jesus Christ and accept His sacrifice for them.

We believe God has extended “Grace” (unmerited favor) and mercy to all those who trust in the claims, goodness, deity and the “works” of Jesus, rather than trusting in their own goodness, works or any religious system, rules or rituals.

We believe there is no other way to God the Father, except through Jesus Christ the Son, which is only made possible through the life-changing power and intervention of the Holy Spirit, who reaches out to us so we can reach out to Him.

We believe after three days in the grave, Jesus was miraculously raised from the dead in bodily form and appeared before the disciples and hundreds of others, before finally taking His rightful place at the right hand of God the Father, in Heaven.

We believe God desires that all people have a personal, intimate relationship with Himself, which is only possible by trusting in the person and claims of Jesus Christ, which is available to all by simply asking the Spirit of God for this “Born-Again” salvation experience.

We believe God desires that all believers follow Christ’s example and be Baptized with water, as a symbol of public profession of faith in Christ and also be Baptized in the Holy Spirit, so they might be empowered for service, which equips them to do the works of Jesus.

We believe after His supernatural resurrection, Jesus Christ sent the Holy Spirit of God to the earth to save, comfort, guide, empower and indwell His children.

We believe God provided to His church and His followers, supernatural “Gifts” and the power and authority to use these spiritual “Gifts” to serve others and to overcome the world and Satan.

We believe these supernatural, miracle working “Gifts” are still available today to all believers who ask and yield to the Holy Spirit of God, as the scripture states they were poured out on the first New Testament believers.

We believe God expects all believers to desire and ask for His supernatural empowerment, commonly known as the “Baptism of the Holy Spirit”, which releases these miracle working “Gifts” into the lives of believers, so they can be more effective servants of Christ.

We believe God has called all of His children to share the Gospel of Jesus Christ with others who are perishing, so they might know His love, power and blessings on this earth now and eternal life in Heaven with God following death.

We believe in the final judgment and the triumphant return of Jesus Christ to this earth at the end of time, and that He will pour out His wrath on all those who have hurt His children and rejected His love, but will reward all those who have obeyed His commands.

We believe in the Resurrection from the dead, of all genuine, “Born-Again” followers of Jesus Christ, who will be spared this final judgment and will reign with Him in glory forever.

Click here to see the scriptural documentation of our beliefs. 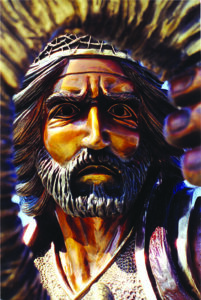