Oh Come Let Us Adore Him....
Our Risen King! 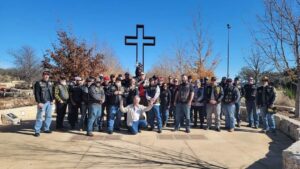 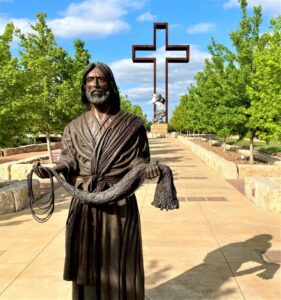 Priorities and Projects All of these needed items directly affect evangelism, healings and various miracles that take place at the Garden.    Read More Where 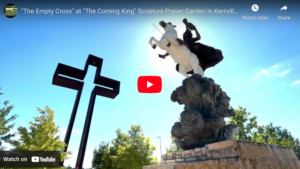 Rick Warnken, a professional residential and commercial real estate photographer had the pleasure of being on vacation in Fredericksburg August 1st and discovering the “The

Map to the Cross 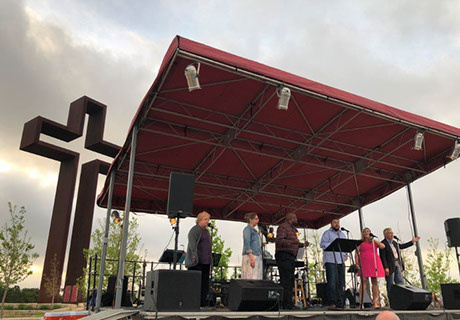 Thanks to you the Kingdom of God is advancing in Kerrville, Texas at THE COMING KING SCULPTURE PRAYER GARDEN! Your prayers, gifts and work have allowed TCKF to improve the garden for our guests who are coming from all 50 states and over 80 countries!  They are visiting to see the art and landscaping, but also to experience the overwhelming presence of God at the 24.5-acre art garden.

By the sovereignty of God, the “Hill Country Garden Tabernacle” is located at the main entrance of Kerrville, right on IH-10, halfway between the Atlantic and Pacific Oceans, at the same latitude as Israel! Hundreds of thousands of people are visiting the spiritual art garden via motorcycles, cars, vans and buses! Some guests stay for several hours in the garden while one out of state visitor stayed over 42 days!

Thousands of people are being Saved, Baptized, healed and delivered at the free, non-denominational Christian garden. To our knowledge, 29 people have canceled their plans for suicide after visiting the garden. TCKF Executive Director, Debbye Meszaros estimates that as many as 40 families have reported moving to Kerrville because “The Empty Cross” in on the hill!

According to the Texas Department of Highways (TXDOT) approximately 11,095,270 vehicles pass within sight of “The Empty Cross” 77’-7” tall contemporary sculpture each year. Assuming an average 2.6 passengers per vehicle that means that approximately 28,847,702 people a year see the Texas landmark for IH-10 and Hwy 16!

Kerrville’s art garden is constantly featured in the media, on TV, radio, newspapers, magazines, and on social media.  Stories have already appeared on ABC, NBC, CBS, FOX, TIME WARNER, UNIVISION, and virtually all of the international Christian TV networks. The spiritual garden park is consistently rated #1 or #2 on the top tourism website, TRIP ADVISOR listed on “Things To Do” in Kerrville. The garden outperforms its next closest rival by 139 comments and is rated “EXCELLENT” by 82% of visitors!

American Flags – Six beautiful patriotic flags were installed at the front entrance wall of the garden. A 7th flag will be installed when the front wall is finished.

“Jordan River Crossing” Water Feature – A unique visual metaphor has been created for visitors when they enter the “Promised Land” from the “world”. Guests will drive over the dry riverbed of the Jordan River featuring round smooth rocks.  On the rightside, tourists will see water stacked up to symbolize the flooded river that was stopped by the hand of God so Joshua and the Israeli people could enter the land God had given them (Joshua 4:1).

Entrance Patios – Some of the entrance patios around the “Jordan River Crossing” have now been finished, which provide access to the “Twelve Stones Monument”. This stack of large river rocks honors the first twelve donors who made entering the garden possible for guests.

Entrance Pavers – New custom Pavers (donated by garden supporters) have been installed at the front entrance in the surrounding patios. More are planned are planned as funds are received.

“Lion Of Judah” Sculpture Stone Base – The limestone base of the new Ten Commandments monument at the top of the hill was completed and donated by Edmund Jenschke Inc.

“Lion Of Judah” Bronze Statue – The life-size (105%) bronze sculpture created by TCKF President and artist Max Greiner, Jr. is scheduled to be installed in October of 2019.  The Greiners donated the “AC” (Artist Copy) bronze casting to TCKF.

Prayer Benches – New Prayer Benches have been installed honoring different people and organizations. The Benches were donated for gifts of $777 to help build the garden. 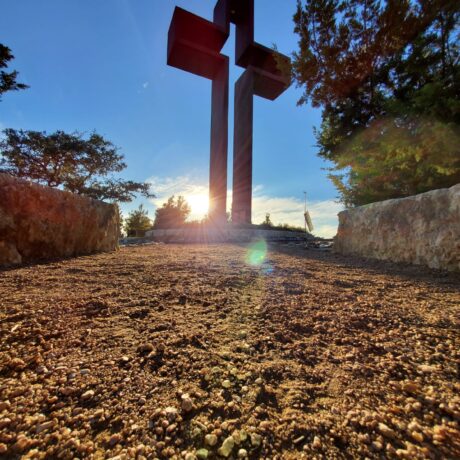 ABOUT TCKF:The Coming King foundation (TCKF) is a non-profit, 501c3 Art Museum, formed on 5/6/04 to build spiritual sculpture gardens across the USA and world. For more information: (830) 928-7774 visit: www.thecomingkingsculpturegarden.org

ABOUT THE GARDEN:The 24.5 acre art park is the only place in the world where the 77’7” contemporary sculpture called “The Empty Cross” can be seen. It is the “Most Symbolic Cross Sculpture in the World”. In addition, seven other monumental sculptures can also be viewed at this location. It is also the only place where all of Greiner’s monumental sculptures are on display. A “Path To Heaven” uses 77 Bible verses, in multiple languages, to present the Gospel of Jesus Christ. The free garden is open from 7:00 AM until midnight, 365 days a year. Tax deductible donations are welcomed, since the non-profit project is being built on faith in God, without debt.

This is the main “Flag Ship” website of the non-profit, 501c3 non-denominational Christian art foundation which shares the purposes and history of the organization.

This website shares how you can help pave the way to the cross by praying and supporting this unique “last days” method of evangelism.

This website shares documented, supernatural miracles that are occurring daily at The Coming King Sculpture Prayer Garden in Kerrville, Texas.

This website serves the Membership Division of TCKF, those who have pledged to lift up Jesus Christ in public wherever they go.

Support what God is doing at the garden! Click on the image Trip Advisor and write a review!

This free Sculpture Prayer Garden is being built on faith in God without debt, public tax money or professional fundraisers for the glory of God, by a non-profit, 501c3 Christian arts foundation..