Sculptures In The Kerrville Garden 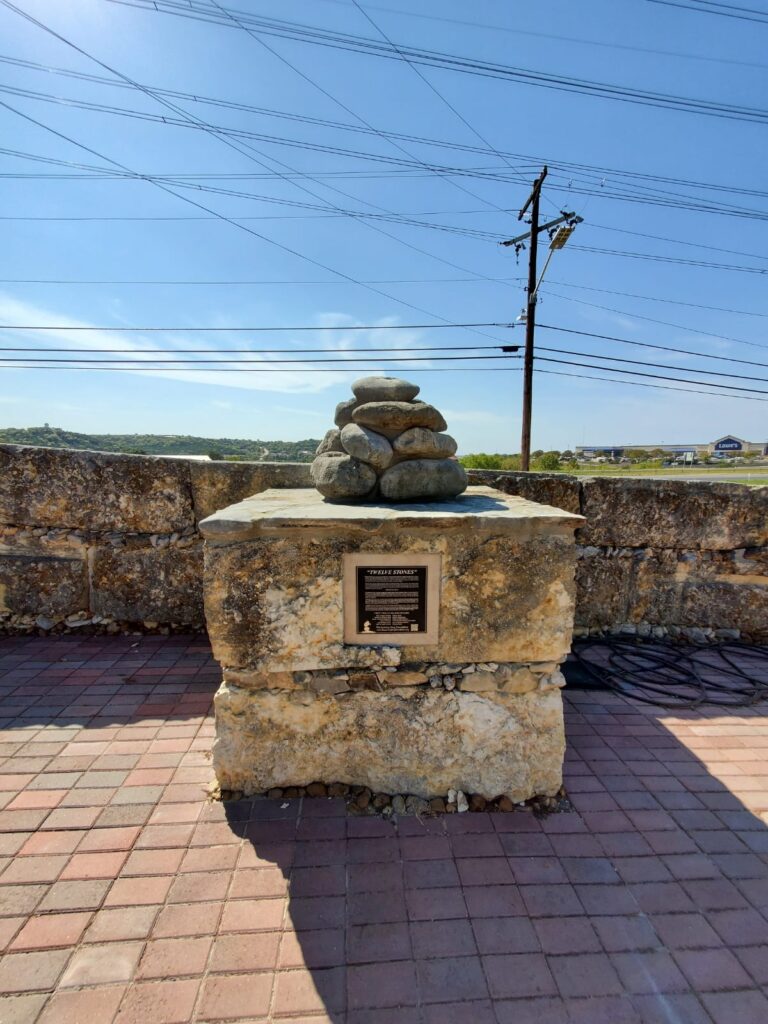 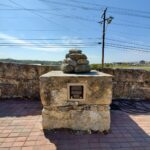 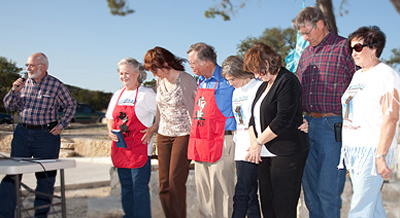 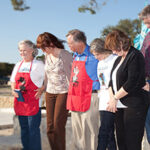 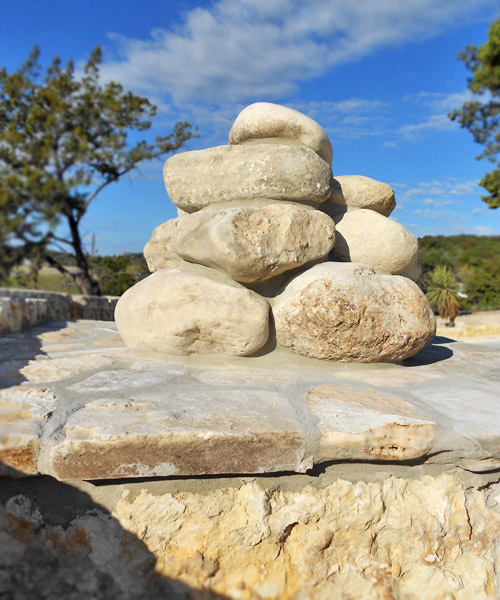 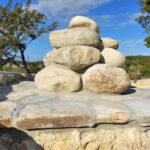 This monument honors the first twelve major donors who made it possible, by their generous giving, to enter the “Promised Land” of this Sculpture Prayer Garden.

So when the people broke camp to cross the Jordan River, the priests carrying the Ark of the Covenant went ahead of them. Now the Jordan is at flood stage all during the harvest. Yet as soon as the priests who carried the Ark reached the Jordan and their feet touched the water’s edge, the water from upstream stopped flowing. It piled up in a heap a great distance away… So the people crossed over opposite Jericho. The priests who carried the Ark of the Covenant of the LORD stood firm on dry ground in the middle of the Jordan while all Israel passed by until the whole nation had completed the crossing on dry ground.

When the whole nation had finished crossing the Jordan, the LORD said to Joshua, “Choose twelve men from among the people, one from each tribe, and tell them to take up twelve stones from the middle of the Jordan from right where the priest stood and carry them over with you and put them down at the place you will stay tonight…In the future, when your children ask you, “What do these stones mean?” tell them that the flow of the Jordan was cut off before the Ark of the Covenant of the LORD…These stones are to be a memorial

On July 19, 2012, the people of God entered the Promised Land of THE COMING KING SCULPTURE PRAYER GARDEN in Kerrville, TX. 144 people from across Texas and the USA symbolically crossed the Jordan River on dry ground. They came into the land given to them by God, like the Hebrews when they entered the land of Israel thousands of years ago. In Kerrville, the local pastors and worshippers led the people into the land, via the new concrete front entrance road.

After crossing over a raised river rock section, symbolizing the dry river bed, guests proceeded to a limestone rock monument called “12 Stones” which was designed by artist, Max Greiner, Jr. This monument honors God’s faithfulness and the first twelve major donors, who by their generous donations, made it possible for the people to enter the land. In attendance that day were: Barbara Sullivan, Patricia Wyatt, Max and Sherry Greiner, Beverly and Monte Paddleford and Patsy Jordan. Former founding Trustee, Jack Rothenflue prayed a blessing over the donors, who are represented by 12 round rocks taken from the center of the Guadalupe River.